Daughter.  Sister.  Carme lives in a mountain village in Galicia with her sick mother and her father Ramón, with whom she hardly speaks.  She works in a bakery and feels the need to escape from this oppressive atmosphere, but circumstances always stop her from breaking free.  From trotting.  From running.

Trot takes place during the weekend of the celebrated “Rapa das Bestas,” a symbol of the age-old struggle between man and horse.  The village prepares for the celebration.  Luis, Carme’s older brother, comes home for a few days with his wife María.

Trot is the struggle between man and horse, between reason and instinct.

Project selected for KUSMIRA BERRIAK, a programme designed to support audiovisual projects that show innovation and experimentation in both cinematic language and the production medium. It is the result of a partnership between Tabakalera International Centre of Contemporary Culture, Donostia Zinemaldia / San Sebastián Film Festival, the DSS2016 Capital of Culture project, Donostia Kultura and the Basque Film Archive Foundation. 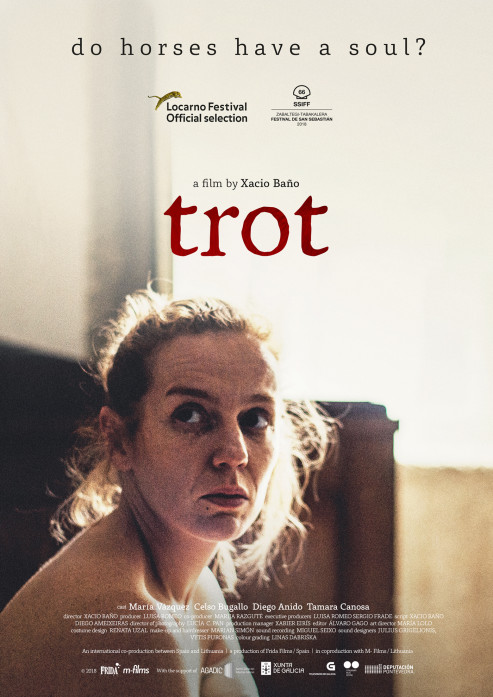