“The Incredibles” tells the story of three everyday heroes: Broken Wing, The Iron Lady and Radioactive Woman. Three people who endure the adversities of life and who struggle against the most terrible villains: death, lovelessness and loneliness.

Broken Wing. A fateful accident caused the loss of mobility and feeling in his right arm, causing him constant neuropathic pain. He sank into a deep depression that lost him his job and, it time, his marriage. He dreams of finding the love of a woman and leaving behind the loneliness that has been his companion for years.

The Iron Lady. Born in 1916. She suffered a war and its subsequent post-war period. She survived cancer as well as the death of her husband and two children. A woman with iron-clad health who carries on living and enjoying life as if it were her last day. Her only fear, that her body stops responding and her mind switches off.

Radioactive Woman. A young woman, 30 years old. Married with two daughters, aged 4 and 6. A few weeks ago she was diagnosed as having a 4 cm. tumour. Unless it is eradicated, it will spread out of control all over her face and will be in danger of reaching her cerebral cortex. Her vision of life is marked by the fear of death.

We accompany them in their daily lives of suffering and rejection. But they never bow their heads, carrying on fighting in the search for happiness, for they are heroes… 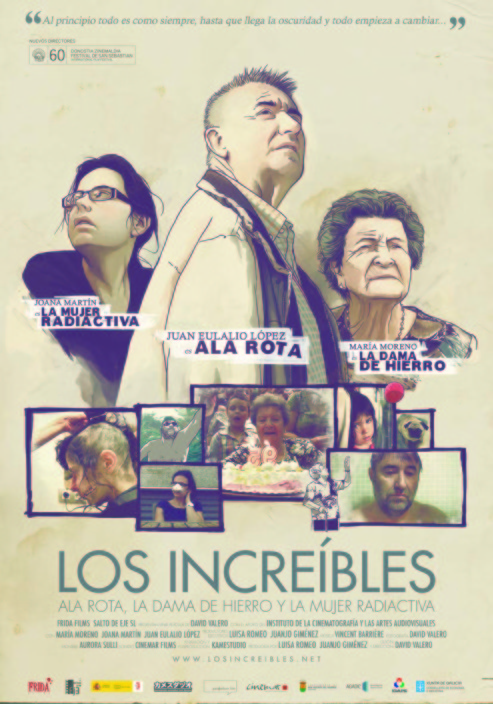